Listen cupcake.. We all want sprinkles.

There are those who think I can be a bit harsh when making a course correction point with someone.

And honestly I 110% agree, but I'm not overtly doing it to be a dick or to 'teach them a lesson' in a vindictive sense or to be brash.
I'm doing it in a pithy style for a specific purpose and this style most likely stems from my military background.
But it is succinct, efficient and gets the job done every time, all the time.

A problem with civilians is their lackadaisical laziness in accountability.
The intrinsic quality of human nature to make mistakes is exacerbated by the inane ideology that forgiveness, and the ability of rectification, are infinite.
This mode of thinking is counter-intuitive to the learning process which inculcates the logical 'cause and effect' modus operandi in an efficient adult.

Let me use the example of your mother telling you to be careful when passing a hot plate as a kid so-as-not to burn yourself.
Each day at dinner each week she tells you:

And yet inevitably at some point, you're going to forget and... "OUCH!!"

Following a good burn, you're not going to make that mistake again in being so lackadaisical, are you?

What was the difference?

You could've learned one way, by repetition, to be ever mindful of the hot plate.
But the other method worked instantly in hard wiring your brain to not be absent-minded when dealing with the hot plate.
The difference was the profound effect directly related to the cause.

If you make something so profound to someone the first time they make a mistake, you're likely to help prevent them from ever making that mistake again.

Now, I understand some of you are thinking:

"This isn't the military, being harsh isn't necessary".

Okay.
That's fine too.
I understand being blunt can come off as indignant to some, and I could see a part of me being empathetic with these pussy-footer type.
but..
They make tampons for that.

So once you're done sniveling, cork that shit, pull your panties up, and HTFU.

We all make mistakes, learn and move on.

Just don't develop the habit of being one of those people that make the mistake of being a mistake. 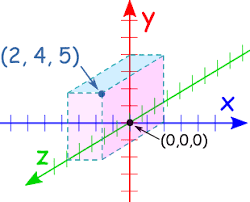